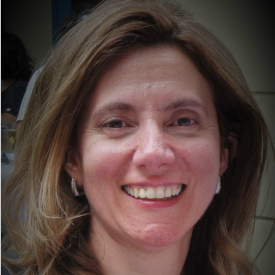 Despina’s interest in the medical field and patient care started early on in her life, leading her to make her first steps when barely a teenager, as a volunteer at Hadassah Medical Center, a contribution that lasted several years.

A freelancer, Health Educator, Clinical Dietitian, International public Speaker today, she earned her first two degrees, in the late 90’s, in Nutrition & Dietetics and Psychology, and supplementary classes in Religious Studies from Arizona State University in the Unites States, one of the three largest nutrition schools in the US.  As she claims, these three domains seem to have completed one another so well for what she was about to do later in her career.

Her clinical training, programmed by the American Academy of Nutrition, took place in the main hospitals in Tucson Arizona, and included training bodies like world renown company Morrison, and top names in the field like authors of books published by the ADA.

Her experience was further advanced through work in diverse conditions like with the diabetic Pima Indians, private health centers, hospitals, outpatient clinics, and even prestigious restaurants. She has practiced in several countries as a dietitian, a health advocate, a nutrition consultant, a Food Service manager and later as Director of Nutrition at the Athens Medical Group in Athens, Greece.
Despina has also participated in research, publications, and knowledge transfer through the media. Her name is found in respected medical journals as well as institutional websites.

Ten years later she decided to expand her academic education and further certify and complete her knowledge and experience as Health Educator after a three year training program by a known New York coaching school, and then graduating from a two year joined training program in Gestalt Therapy from both the Gestalt institutes of San Francisco and Paris, with top names in the field as her trainers.

Having been educated and having worked in various countries and continents world wide, this multilingual dietitian has gained valuable experience in cultural and religious differences as well as inter-cultural relations, all necessary in serving today’s diverse communities.

Despina Varaklas is a member of several associations worldwide; in January of 2005 she was nominated and appointed to complete a 5 year term as Honorary Secretary of the Diabetes Education Study Group (DESG) of the European Association for the Study of Diabetes (EASD). In 2016 she became a member of the Executive Committee at the European Federation Of Associations of Dietitians (EFAD), and also chair of the Communications Working Group CWG, a year later. In the same year of 2016 she was appointed as Delegate of the Union of Dietitians – Nutritionists of Greece at the International Confederation Of Dietetic Association (ICDA).

It was only natural that Despina’s years of diverse and rich experience have led her to gain strong skills in management and leadership. Her real pathos, however, lies in Patient Education and Patient Approach, with a main focus on chronic diseases.

As a natural course of things, this led her eventually to conduct her own patient approach system, what she calls the “WWYP Approach”, OR the “Work With Yourself Work With Your Patient” Approach; its aim: a more Patient-Centered Care, or simply put: better healthcare. Within a few years, the WWYP approach not only becomes a revolutionary patient approach system, but an umbrella that engulfs several leadership projects in health and healthcare around the world.
More than 4500 people of whom the majority are in healthcare, have been introduced to this approach. Of those who participated in her workshops, almost 82% claim that they see a difference in their relationship with their patients, while more than 33% of them request further training in this approach.
​
As for nutrition, for her, DIET is: A way of life, a life-style, your life-style.