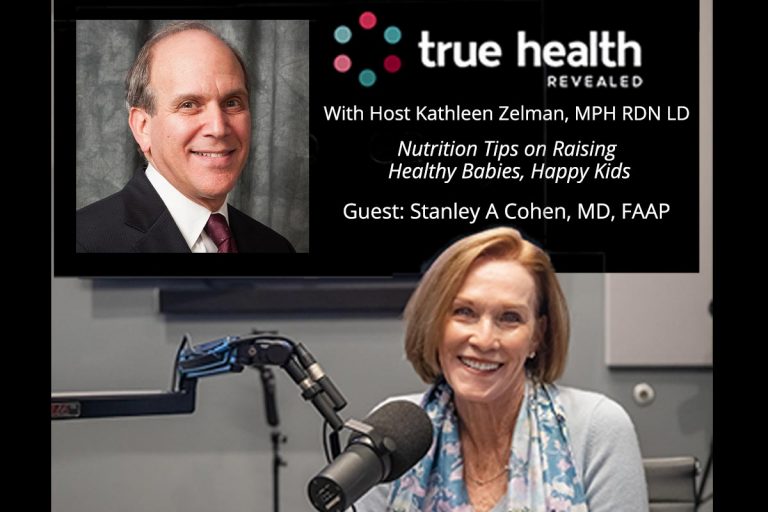 You are what you eat and it all starts at birth. Give your baby a healthy start to help lay the groundwork for lifelong health.

Dr. Stan Cohen, pediatric gastroenterologist, joins Kathleen to discuss the role of nutrition from infancy to childhood. He offers excellent guidance and advice on obesity, allergies, healthy meals, sugar, picky eaters, routine illnesses, the importance of gut health and more. Parents of newborns to teenagers need to hear the wisdom from this seasoned expert who is the co-founder of www.Nutrition4Kids.com and author of Healthy Babies, Happy Kids: A Common Sense Guide to Nutrition for Growing Years and What to Feed Your Baby: Cost-Conscious Nutrition for Your Infant. 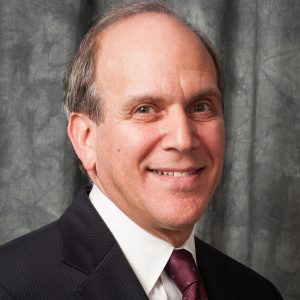 Dr. Cohen received his undergraduate degree from Case Western Reserve University, where he was president of his class, and his medical degree from Ohio State in his hometown of Columbus. His internship and residency were at Johns Hopkins Hospital. After serving as an Air Force physician, Dr. Cohen specialized in pediatric gastroenterology and nutrition with a fellowship at Harvard University and the Massachusetts General Hospital. During this time, he also served as Director of Pediatrics at the Massachusetts Rehabilitation Hospital and was invited to sit in on nutrition classes at Massachusetts Institute of Technology (MIT).

Dr. Cohen originally joined Dr. Fred Flax at Roswell Pediatrics after moving to Atlanta. While there, he created The Center for Pediatric Gastroenterology and Nutrition, PC to better serve the needs of the children of the Southeast region. This evolved into the Children’s Center for Digestive Health Care and GI Care for Kids, which now sees more patients with gastrointestinal, liver and nutritional problems than any other organization world-wide.

“In medical school, one of my advisors, a prominent adult gastroenterologist, knowing I was interested in pediatrics, encouraged me to help develop the specialty of pediatric gastroenterology. Since I had gastrointestinal issues as a child, the suggestion was particularly meaningful—and as a result, providing care has been, and remains, enormously fulfilling. My goal (and a great joy) is not only to benefit as many children and families as I can through our center, but to expand our knowledge and treatments, share what we’ve learned, and thus assist even more physicians and families worldwide.”

Dr. Cohen has continued to be actively engaged in research, working to improve our understanding and treatment of sugar digestion, diarrhea, Crohn’s disease and ulcerative colitis, autism and children with special needs. His results have led to advances in the use of the pill camera, and nutritional as well as medical therapies. In addition to over 200 abstracts, articles and textbook chapters, Dr. Cohen has edited two textbooks for physicians: The Underweight Child and the first textbook on Pediatric Emergency Management. His book for parents: Healthy Babies, Happy Kids: A Common Sense Guide to Nutrition for Growing Years was syndicated by United Press and republished in London as Start Right.

Dr. Cohen served as the founding chairman Specialists Committee and of the Committee on Nutrition for the American Academy of Pediatrics, Georgia Chapter. He also chaired the Physicians Advisory Board of The Georgia WIC Program. In those combined roles, he is credited with saving WIC over 52 million dollars which was then directed to further care for the women and children in the state. He has been recognized by the Atlanta Alliance on Developmental Disabilities and received the Outstanding Physician Award for the Georgia Chapter of the Crohn’s and Colitis Foundation. In 1997, he received the national Lay Education Award from the American Academy of Pediatrics for his work to promote non-abusive behaviors, with the curriculum he initiated for Fulton County, that was later adopted by a number of hospitals and school systems in the United States. He was again recognized by the academy in 2012 for the nutritional algorithm that is used throughout Georgia and that became the basis for his most recent book, What to Feed Your Baby: Cost-Conscious Nutrition for Your Infant (Rowman & Littlefield, released June 2014) with critical praise from Booklist, Publisher’s Weekly and nutrition professionals. He then worked with Dr. Jay Hochman and dietitians from the AAP and WIC to develop a second algorithm, this time for toddlers.

In order to serve an even broader audience, Dr. Cohen co-founded Nutrition4Kids.com, a medically curated website with over 300 articles, videos, tables and tools for caregivers passionate about feeding kids well. Dr. Cohen then started Nutrition4IBD.com to provide reliable information for adults as well as children. Dr. Cohen and Dr. Ben Gold recently formed Guts & Bolts to help companies improve products and services for children, families and their caregivers.

Dr. Cohen has been an Adjunct Professor of Pediatrics at Emory University School of Medicine and a Visiting Professor at Sapienza University Medical School in Rome, Italy. He has been featured on CNN, TBS and local television / radio. He was recognized by Turner Broadcasting in 2001 as one of Atlanta’s “Super 17” for his contributions to the community, which include co-founding one of the first camps nationally for children and teens with Crohn’s and colitis, which still continues to serve the region. He has been listed repeatedly as one of Atlanta Magazine’s “Top Doctors” and in Consumers’ Guide to Top Doctors in the US.

Dr. Cohen’s children and five grandchildren remain at the center of his life. He enjoys his time with them and watching their lives, achievements and interests blossom. He also enjoys writing. He has published three poetry books and has received the Natasha Trethewey Poetry Prize. He has also written for Art Papers, the High Museum and the Atlanta Journal Constitution.