True Health Initiative is your home base for accurate information, proving consensus over confusion, providing facts over fiction, and countering hyped-up headlines and biased bylines with evidence and common sense. 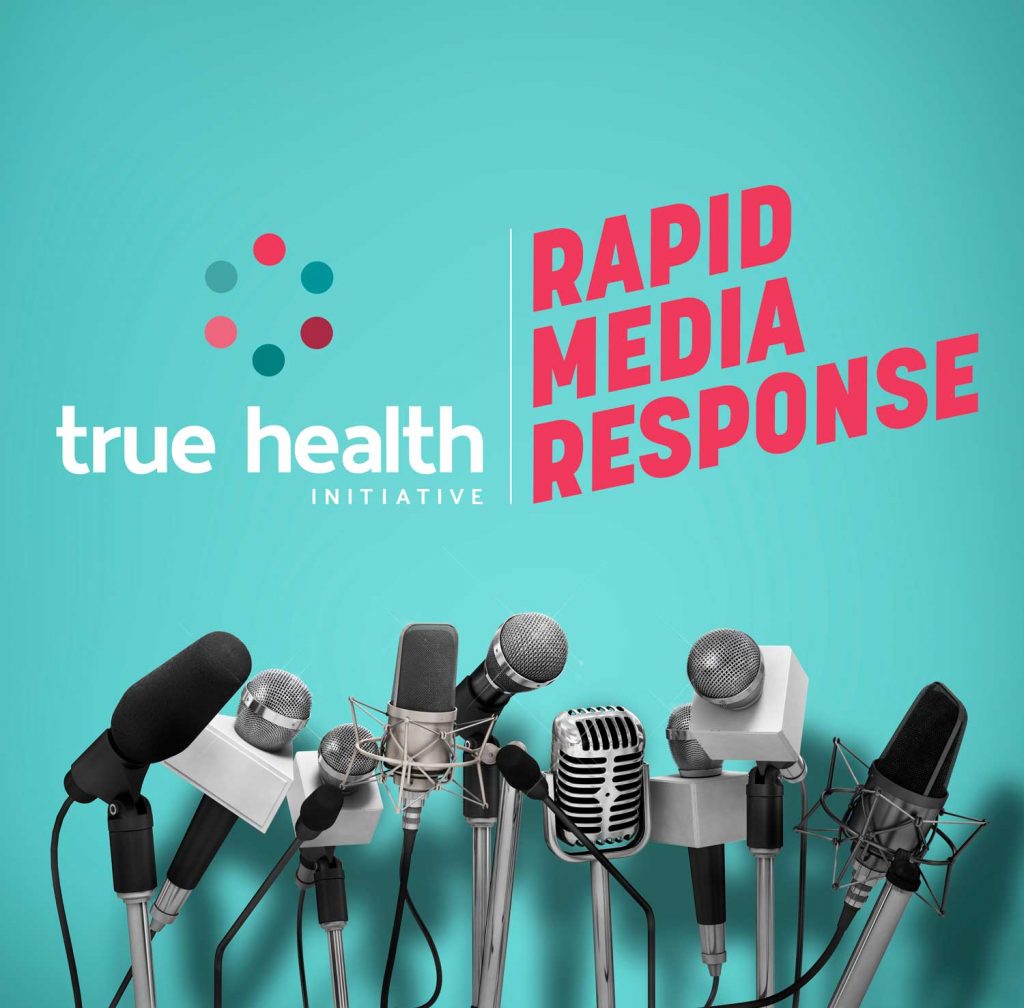 As the age of misinformation seems more emboldened than ever, True Health Initiative will be providing a streamlined, dependable source of accurate, evidence-based, unbiased information to the public– in an easily digestible way. Working with our Council of diverse experts from various specialties and dietary inclinations, True Health Initiative will serve as your hub for facts without fiction and explanations without extrapolations.

A prime example of the THI rapid media response work is our recent response to the Annals of Internal Medicine red meat reports.

We will constantly be responding to the media. You can check-in weekly to read our fighting fake facts, setting the record straight on health’s most contested conversations. And when we find reporting that has more falsities than accuracies, THI will be there, countering inaccurate reporting with the weight of evidence and our global council of experts.

Daily Surveillance of reports being published.  If something isn’t right, THI will speak up.

THI will function as a research reservoir, supplying counter studies and evidence.  Despite what twitter may suggest, opinions are not science.