The Diet ID project is dedicated to elaborating the best metric for the aggregate environmental impact of food at the level of the overall dietary pattern. 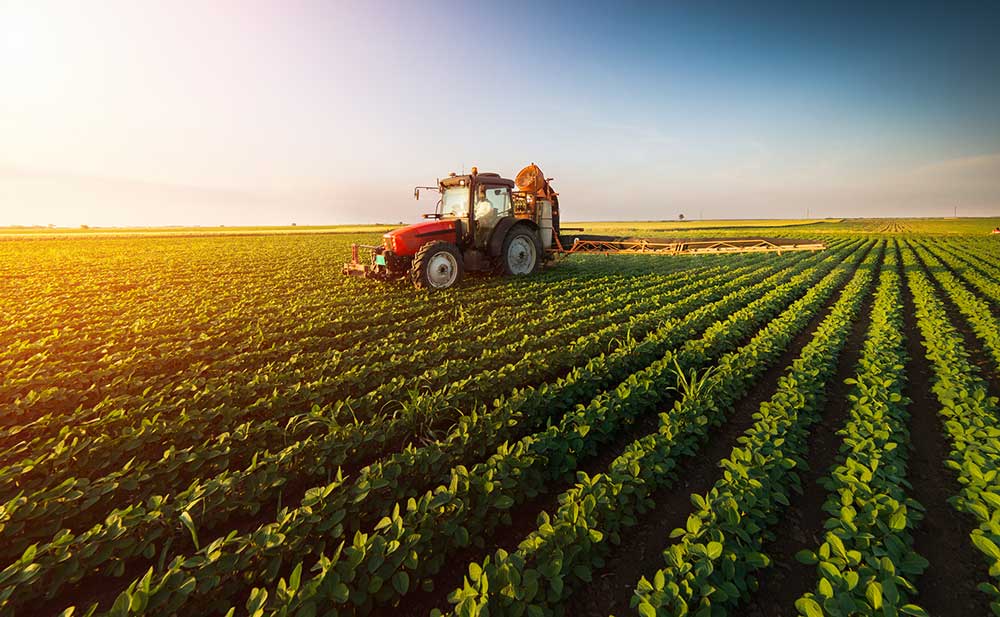 Who is involved:
A panel of leading researchers and experts in environmental science and nutrition, sustainable food systems, global agriculture, and planetary health have been convened to work on this timely endeavor.
Why is this important:
Much emphasis is on environmental sustainable food consumption.
What are the implications:
The development and application of a comprehensive metric will allow for a greater understanding and guidance of dietary choices in relation to their potential impact on the environment and health.

Environmental Impact-Supervising Panel of Independent Experts
GORETTY DIAS, PhD
Dr. Dias is a professor in the School of Environment, Enterprise & Development at the University of Waterloo, Canada. She holds a PhD in Atmospheric Science from the University of Guelph and has 30 years of combined experience in greenhouse gas measurement and analysis, environmental modeling, and product life cycle modeling.

GIDON ESHEL, PhD
Dr. Eshel is a research professor of environmental physics at Bard College and runs the website environmentalCalculations.com. He is best known for his work quantifying the geophysical consequences of agriculture and diet. Most recently, he has compared various livestock in terms of land and water use, fertilizer-based water pollution, and greenhouse gas emissions per unit product and compared the global- warming consequences of different beef-production strategies (including grass- versus trough-fed beef).

At Radcliffe, Eshel is collaborating with scientists from the Harvard University Center for the Environment and the Harvard T.H. Chan School of Public Health on developing multi-objective metrics of diet. The metrics combine disparate environmental impacts (e.g., greenhouse gas emissions or water and land use) with health outcomes (e.g., cardio- and cerebrovascular diseases or diabetes) in a manner most suitable for using in optimizations designed to improve public health while easing environmental burdens.

KATE GEAGAN, MS, RDN
Ms. Geagan is a nationally known registered dietitian who is on the vanguard of integrating nutrition guidance with agricultural health and sustainable food systems. Called “a global thought leader in her field” by Discovery Health of South Africa, Ms. Geagan is the author of Go Green, Get Lean: Trim Your Waistline with the Ultimate Low Carbon Footprint Diet (Rodale 2009). An international speaker and lecturer, she has helped to illuminate the connections between a healthy diet and a healthy planet for consumer, healthcare and business audiences worldwide, and is a sought-after speaker on nutrition and performance for executives at some of America’s leading companies and associations. She currently serves as an advisor and consultant to food, nutrition and advocacy organizations that are seeking to create a healthier, more sustainable food economy. In 2013, Ms. Geagan was named One of the Top 10 RDs Making a Difference in the US by Today’s Dietitian Magazine.

DANIELLE NIERENBERG, MS
Ms. Nierenberg is President of Food Tank and an expert on sustainable agriculture and food issues. She has written extensively on gender and population, the spread of factory farming in the developing world and innovations in sustainable agriculture. Danielle co-founded Food Tank, a 501(c)(3) non-profit organization, in 2013 as an organization focused on building a global community for safe, healthy, nourished eaters. Ms. Nierenberg has also recruited more than 40 of the world’s top leaders in food and agriculture policies and advocacy work as part of Food Tank’s Advisory Board.

Her knowledge of global agriculture issues has been cited widely in more than 8,000 major print and broadcast outlets worldwide. Ms. Nierenberg has authored or contributed to several major reports and books. She has spoken at hundreds of major conferences and events all over the world.
Ms. Nierenberg has an M.S. in Agriculture, Food, and Environment from the Tufts University Friedman School of Nutrition Science and Policy and spent two years volunteering for the Peace Corps in the Dominican Republic.

STEVE OSOFSKY, DVM
Dr. Osofsky is the Jay Hyman Professor of Wildlife Health & Health Policy at Cornell University’s College of Veterinary Medicine. Prior to that, he was the Executive Director for Wildlife Health at the Wildlife Conservation Society, a US-based international nonprofit focused on conservation and sustainable development around the world. Dr. Osofsky is one of the pioneers of the One Health movement, having led the drafting of the core Manhattan Principles on One World, One Health in 2004. He has developed, launched and managed some of the first major applied One Health programs, including the AHEAD (Animal & Human Health for the Environment And Development) Program (launched at the 2003 IUCN World Parks Congress in Durban, South Africa) and the HEAL (Health & Ecosystems: Analysis of Linkages) Program (launched in 2009). As the only veterinarian serving on The Rockefeller Foundation-Lancet Commission on Planetary Health, he was able to bring his range of practical experiences (from both health and environmental conservation perspectives) to the task of shaping the highly interdisciplinary conceptual approach underpinning the field of Planetary Health (http://planetaryhealthalliance.org).
Prior to his leadership role at WCS, Dr. Osofsky served as the World Wildlife Fund (WWF-US) Director of Field Support for species programs in Asia and Africa. In the early 1990s, he was the first Wildlife Veterinary Officer for the Botswana Department of Wildlife and National Parks. As an American Association for the Advancement of Science (AAAS) Science and Diplomacy Fellow, he served as a Biodiversity Program Specialist at the U.S. Agency for International Development (USAID), where he focused on ground-truthing integrated conservation and development projects, with an emphasis on harvesting the synergies of strategic interdisciplinary programming.

WILLIAM RIPPLE, PhD
Dr. Ripple is Distinguished Professor of Ecology at Oregon State University, specializing in carnivores, mammal ecology, and biodiversity conservation. Additionally, he is an adjunct professor in Environmental Nutrition at Loma Linda University’s School of Public Health. He is a widely published researcher, lecturer, and a prominent international figure in the field of ecology. He has published over 110 peer-reviewed journal articles, 3 edited books, and 9 children’s books. He has served as consultant to National Academy of Sciences, Office of Science and Technology-The White House, President Clinton’s Forest Summit, Environmental Protection Agency, U.S. Fish and Wildlife Service, and U.S. General Accounting Office. Dr. Ripple also studies and publishes research about the environmental and climate effects of livestock and human carnivory (meat eating by humans). His writings have shown that lowering human-driven methane emissions by reducing global ruminant livestock production could have a significant role to play in efforts to mitigate climate change.

CHRISTOPHER GARDNER, PhD
Dr. Gardner has a PhD in Nutrition Science and is a Professor of Medicine at Stanford’s School of Medicine. He has been researching the health effects of a plant based-diet and its components for 20 years, primarily with federal (NIH) funding. Recently his nutrition interests have expanded to two new areas. The first is to explore motivators other than health for making positive dietary changes, linking to ongoing social movements around animal welfare, climate change, social justice, and their relationships to food stealth health. The second is to focus on a food systems approach to dietary improvements that addresses the quality of food provided by schools, hospitals, worksites, food banks and other institutional food settings.

DAVID JENKINS, MD, PhD, DSc
Dr. Jenkins is currently a professor in both the Departments of Medicine and Nutritional Sciences, Faculty of Medicine, University of Toronto, a staff physician in the Division of Endocrinology and Metabolism and the Director of the Clinical Nutrition and Risk Factor Modification Center, St. Michael’s Hospital. He was educated at Oxford University, where he obtained his DM, DPhil and DSc. After further research at the British Medical Research Council’s Clinical Gastroenterology Unit, he returned to Oxford to a joint appointment in the Department of the Regius Professor of Medicine (Richard Doll) at the Radcliffe Infirmary and as a faculty member of the University Laboratory of Physiology. He is a fellow of the Royal College of Physicians (London) and of the Royal College of Physicians of Canada. He has served on committees in Canada and the United States that have formulated nutritional guidelines for the treatment of diabetes and recommendations for fibre and macronutrient intake for the general population under the new joint United States-Canada DRI system (RDAs) of the National Academy of Sciences (Washington, DC). His research area is the use of diet in the prevention and treatment of hyperlipidemia and diabetes. He has over 300 original publications on these and related topics. His team was the first to define and explore the concept of the glycemic index of foods and demonstrate the breadth of metabolic effects of viscous soluble fiber, including blood glucose and cholesterol lowering. His studies on combining cholesterol lowering food components (dietary portfolio) have been recognized as creating an effective dietary alternative to drug therapy (statins) for many people and was the only dietary approach referenced in the last Guidelines of the US National Cholesterol Education Program (ATP III) and the Canadian Cardiovascular Society Guidelines. To make therapeutic diets more accessible, he has devoted much time to working with the food industry to develop products for the supermarket with specific health attributes and, for example, helped to initiate Loblaw’s ˜too good to be true and ˜Blue Menu” line of products.
He was awarded the W.O. Atwater Award of the USDA and the American Society of Nutrition for his studies on functional foods for the treatment of disease (2013) and the Order of Canada (OC) in 2013.
He believes in the value of plant-based diets, and that a major effort is required to mount large studies to determine the extent of their health benefits. He also believes that diets have to be environmentally sustainable.

WALTER WILLETT, MD, DrPH
Dr. Willett is Professor of Epidemiology and Nutrition at Harvard T.H. Chan School of Public Health and Professor of Medicine at Harvard Medical School. Dr. Willett studied food science at Michigan State University, and graduated from the University of Michigan Medical School before obtaining a Masters and Doctorate in Public Health from Harvard T.H. Chan School of Public Health. Dr. Willett has focused much of his work over the last 40 years on the development and evaluation of methods, using both questionnaire and biochemical approaches, to study the effects of diet on the occurrence of major diseases. He has applied these methods starting in 1980 in the Nurses Health Studies I and II and the Health Professionals Follow-up Study. Together, these cohorts that include nearly 300,000 men and women with repeated dietary assessments, are providing the most detailed information on the long-term health consequences of food choices.
Dr. Willett has published over 1,700 original research papers and reviews, primarily on lifestyle risk factors for heart disease, cancer, and other conditions and has written the textbook, Nutritional Epidemiology, published by Oxford University Press, now in its third edition. He also has written four books for the general public. Dr. Willett is the most cited nutritionist internationally. He is a member of the National Academy of Medicine of the National Academy of Sciences and the recipient of many national and international awards for his research.