Home » NOTeD: Diet Soda by Itself May Not Cause Weight Gain, Study Says

NOTeD: Diet Soda by Itself May Not Cause Weight Gain, Study Says

IN TODAY’S MEDICAL NEWS: Diet Soda by Itself May Not Cause Weight Gain, Study Says

CNN reported that diet soda by itself may not cause weight gain, as long as one doesn’t drink the diet soda along with a food high in carbohydrates; say, for example, a bag of potato chips. However, CNN concluded that the results only pertain to sucralose, not other artificial sweeteners, and that we should not look at diet soda as a good alternative to sugar-rich sodas.

WHAT THE STUDY REALLY SHOWED:

Look– I’m all about plant predominant flexitarian eating. But I am because I actually read and interpret the research with an expert eye. When I see hyperbolic headlines like this one from CNN and compare it with the actual study findings (limitations of which you can see in the authors’ own words from their paper’s subsection “Limitations of the Study,” screenshot of which is below), even if it means defending low-calorie sweeteners, I am obliged to call out bad interpretation of science where I see it. Notably, CNN failed to mention a huge meta-analysis of randomized controlled studies published in the International Journal of Obesity, not to mention the experience of some of the best weight loss maintainers in the United States as evidenced by the National Weight Control Registry (NWCR). 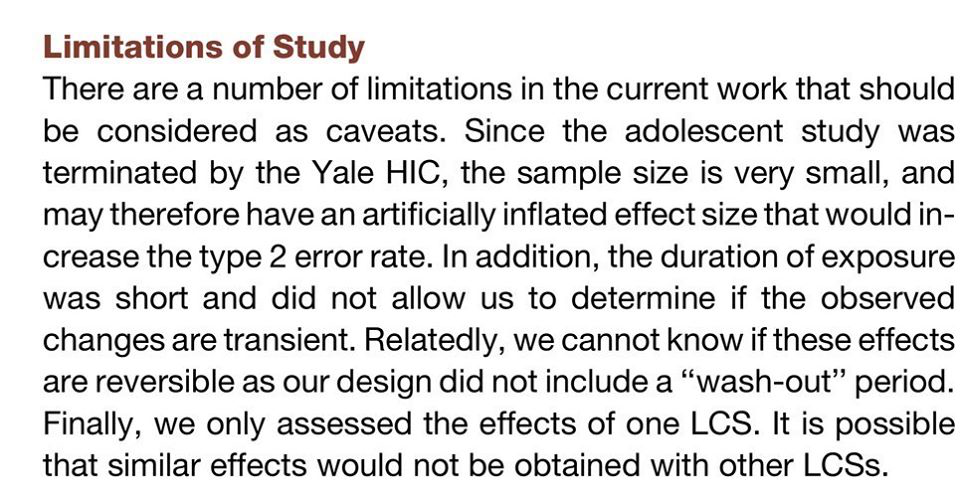 The NWCR findings are consistent with, as part of an overall minimally processed, low fat, plant-predominant eating pattern, low/no calorie sweeteners being used in moderation as a potential weapon in favor of metabolic health. At the very least, low calorie sweeteners can be compared to a nicotine patch versus smoking: far better than smoking though ideal, in theory, to not depend on either (i.e., free sugars such as caloric sweeteners or fruit juices, nor low calorie sweeteners).

BOTTOM LINE: Should We Cut Out Diet Soda Altogether?

The problem is that we will never get rid of our sweet tooth or totally eliminate the drinking of soda pop. Even for me personally (and full disclosure), if I have to choose between satisfying 100% of my sweet tooth with free, calorie-dense sugar sources or cutting empty calorie intake by 100-200 calories/day with 2-5 packets of sucralose, stevia or any FDA-approved low calorie sweetener, I err on the side of caution by using reasonable amounts of low calorie sweeteners in place of sugar. An example that may be worth considering from my “metabolic life” is my choice to use 1 packet of sucralose to replace 100 calories of “brown” sugar that otherwise comes with a Starbucks oatmeal, or 50 calories of sugary “cinnamon crunch“ that comes with Panera’s steel cut oatmeal. That, to me, is where my “reality meets science”.

So no, we don’t have to totally cut out diet soda altogether. But do be reasonable and drink it in moderation if it is fairly “non-negotiable” to you (as it is me). That way you can find a practical place for it in your otherwise plant rich eating pattern and focus on bigger fish (ie concerns) to…well, bake (steam or broil)  in the totality of concerns we should have with our CRAP-SAD (calorie rich and processed standard American diet).