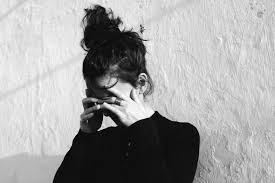 Yes, too much cortisol in response to a disrupted “flight or fight” response can cause to excess weight- especially around your middle.

No, cortisol production alone is not the problem.  Ineffective stress mitigation, and insufficient exercise coupled with extreme dieting is the problem.

Some facts about cortisol- a hormone.

What it does: Cortisol has gotten a bad wrap over the years as the, “stress” and “belly fat” hormone. So what exactly does cortisol do? Cortisol is released by the adrenal cortex in response to all forms of stress, including both emotional and physical stressors. There are many beneficial properties to cortisol, such as aiding in the body’s anti-inflammatory response and the conversion of stored fat to energy during exercise. So why the bad wrap?

Cortisol and Weight Loss: Studies show that consistent exercise lowers circulating blood cortisol levels. Remember, cortisol is released in response to stress. By engaging in acute stress, such as high intensity workouts, you build up your body’s tolerance to stress and thereby decrease its release of cortisol in response to daily stressors, like that train delay.

The next most important step to avoid cortisol related weight gain? Do not cut out carbohydrates. Despite the propaganda, you absolutely need carbohydrates. The caveat? Eat healthy, whole-grain, fiber rich vegetables, and whole fruits.

When the body does not have enough fats and carbohydrates to use for energy, it will begin the process of glycogenesis. Glycogenesis involves the release of cortisol for the breakdown of proteins in-order to convert them into an energy source. Fueling up with complex carbohydrates 2-3 hours before a workout, and having simple sugars from fruit 30 minutes prior to an intense workout can help you avoid excess Cortisol production. After a strenuous workout your muscles may be depleted of glycogen and need to refuel.

Focus on a post workout meal of  healthy protein and carbohydrate foods  preferably within an hour of your workout to minimize cortisol release and maximize protein synthesis. Remember to focus on whole foods, that have a positive health effect on both your body and the planet.