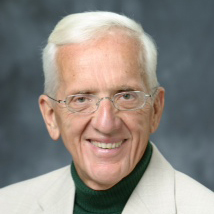 Dr. Campbell was trained at Cornell (M.S., Ph.D.) and MIT (Research Associate) in nutrition, biochemistry and toxicology, then spent 10 years on the faculty of Virginia Tech’s Department of Biochemistry and Nutrition before being recruited at age 40 to the Division of Nutritional Sciences at Cornell in 1975 where he presently holds his Endowed Chair (now Emeritus).

His principal scientific interest, begun in the late 1950′s, has been on the effects of nutritional status on long term health, particularly on the causation of cancer. He has conducted original research both in laboratory experiments and in large-scale nationwide human studies (China, Philippines), has received over 70 grant-years of peer-reviewed research funding (mostly NIH), has served on several grant review panels of multiple funding agencies, and has authored over 300 research papers.

Dr. Campbell has served on several expert committees on food and health policy development and has lectured extensively within and beyond the U.S., especially following his authorship of the best-selling books The China Study (co-authored with Tom Campbell, MD) and Whole. He is the recipient of many national and international awards, both in research and in citizenship.