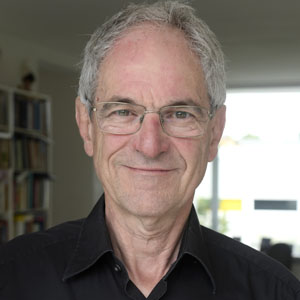 Martijn B. Katan studied chemistry and biochemistry at Amsterdam University, the Netherlands, where he received a Ph.D. in molecular biology in 1977. From 1976 until 2005 he was at the Department of Human Nutrition of Wageningen University, where he investigated diet and risk factors for cardiovascular disease. Since 2006 he is a Professor of Nutrition – now emeritus – at Free University Amsterdam. He is a member of the Royal Netherlands Academy of Sciences, which appointed him an Academy Professor.

Katan was the first to propose the use of genetics in the study of lifestyle and health in a way now known as Mendelian randomization. The best-known of Katan’s discoveries is the adverse effects of trans fat on LDL and HLD cholesterol; other scientists then showed that trans fat raises coronary heart disease risk. As a result, trans fat was largely abolished as a food ingredient, first in the Netherlands and then worldwide. His finding that high-carbohydrate diets lower HDL cholesterol and raise triglycerides has helped to shift nutritional advice away from such diets. Katan and coworkers also identified a cholesterol-raising factor in coffee beans. This led to changes in home and industrial coffee brewing methods. More recently Katan proved the unique obesity-promoting effect of sugary drinks by means of an 18-months double-blind randomized trial.

Katan writes a column for the leading Dutch daily NRC, and he is the writer of two popular books on nutrition.