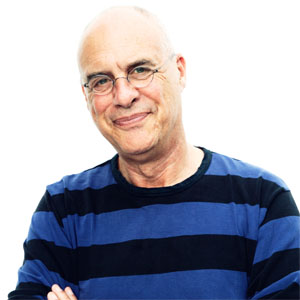 Mark Bittman has been a leading voice in global food culture and policy for more than three decades. He has written 30 books, including the How to Cook Everything series, Food Matters, and his latest book, Animal, Vegetable, Junk: A History of Food from Sustainable to Suicidal, which The New York Times called “epic and engrossing.”

Bittman spent three decades at the Times, where he created “The Minimalist,” had a five-year stint as the Sunday Magazine’s lead food writer, and became the country’s first weekly opinion writer at a major publication to concentrate on food.

He continues to produce books in the How to Cook Everything series, the general cooking bible for three generations, and has hosted or been featured in four television series, including the Emmy-winning Showtime series about climate change “Years of Living Dangerously” and “Spain … On the Road Again,” with Gwyneth Paltrow.

Bittman was a regular on the Today show from 2005 to 2010 (and still appears occasionally) and has been a guest on countless television and radio programs including “Jimmy Kimmel Live!,” “Real Time with Bill Maher,” and NPR’s “All Things Considered,” “Fresh Air,” and “Morning Edition”; his 2007 Ted Talk, “What’s wrong with what we eat,” has been viewed five million times. He is a fellow at Yale and is on the faculty of Columbia’s Mailman School of Public Health. He has received six James Beard Awards, four IACP Awards, and numerous other honors. Bittman is also the editor-in-chief of The Bittman Project, a newsletter and website focusing on all aspects of food, from political to delicious; he also hosts the podcast, “Food.”