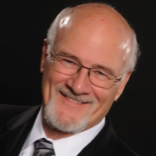 Before joining the University of California, San Francisco in 2005, Professor Green was Director of the Office of Science and Extramural Research for CDC. He has been on the full-time public health and medical faculties at Berkeley, Johns Hopkins, Harvard, Texas, and the University of British Columbia. He was the first Director of the federal Office of Health Promotion under the Carter Administration, and a Vice President of the Henry J. Kaiser Family Foundation.

He has published broadly on program planning, evidence and evaluation issues in health services, public health, and policy. His awards include the highest distinctions of the American Public Health Association, the American Academy of Health Behavior, the Society for Public Health Education, the UC Berkeley School of Public Health Alumnus of the Year, and an Honorary Doctor of Science degree from the University of Waterloo, and election to the Institute of Medicine of the National Academies (recently renamed the National Academy of Medicine).