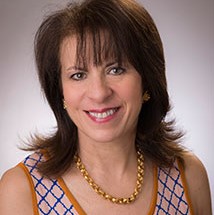 Dr. Joan Salge Blake is a Clinical Associate Professor at Boston University (BU) and was awarded the prestigious Whitney Powers Excellence in Teaching Award from the University. In 2012, she was nominated by BU for US Professor of the Year. She is a sought out nutrition and wellness speaker and has lectured at both the BU School of Medicine and BU Goldman School of Dental Medicine. Joan has received the Massachusetts Dietetic Association (MDA) Young Registered Dietitian, the 2007 Outstanding Dietetic Educator, and the 2009 Outstanding Dietitian awards.