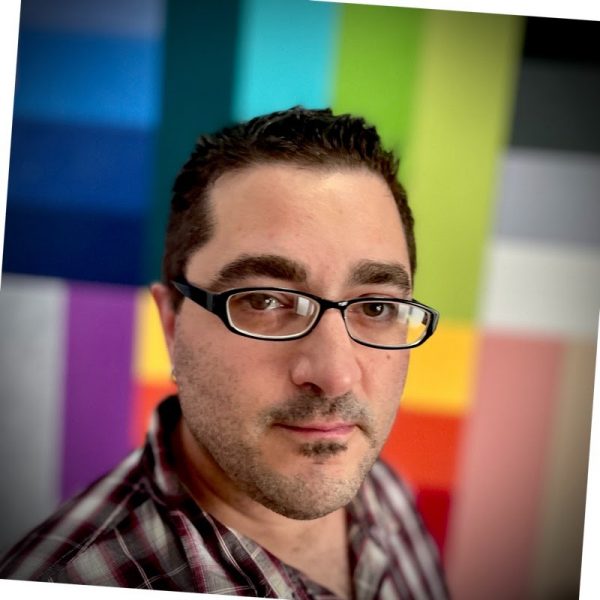 Jeffrey Bernstein is the Chief Operating Officer and Director of R&D for FlexMD™, a digital health company focused on therapeutic lifestyle support. Jeffrey’s journey to understanding and embodying lifestyle as medicine began exactly on their first day of college. After walking to the building for class, he had to face the fact that there was no elevator and class was on the third floor. Climbing the stairs with a knife kit and textbooks in tow, he arrived late, out of breath, and even split his pants along the climb; it was embarrassing and a deeply impactful experience. After a very heart-felt and tough-love moment with Adam Sacks, a dietitian and professor at Johnson and Wales University, Jeffrey knew something had to change. With that powerful impetus, Jeffrey began a journey in lifestyle change to reclaim their health and shed weight from a 463lb body.

Through his formal education in Culinary Nutrition (the first ever culinary-focused bachelors of science in Dietetics and Applied Nutrition), Jeffrey identified key behaviors that – over two years’ time – led to an over 40% reduction in bodyweight. Notably, this was driven by addressing total health and not just “weight,” including and most importantly, mental health. Jeffrey sought out a counselor to help navigate emotional trauma, which was directly related to his weight gain. By November of 1999, just after losing their grandmother, Jeffrey absolved himself to be free of the burden of secrecy, and with therapy, came out of the closet. In a weekend long adventure of unloading this burden, he visited every single family member (even across several states) to personally share in this truth. While most were kind, supportive, and loving, some were not; but each moment was one step closer to self-actualization and freedom.

Continuing his education in lifestyle as medicine, he was accepted to a senior year internship working in the longest, largest randomized controlled trial of intensive lifestyle intervention ever performed, the NIH’s Look AHEAD trial. As part of this he participated in three areas of the trial: 1. Online moderation for behavioral support and group connections; 2. Leading recipe modification cooking demonstrations; and 3. Data entry. Also worth mentioning, in his experiences alongside the Look AHEAD clinicians, were interactions with clinical leaders and participants of two other notable sources of health data: The National Weight Control Registry and STOP Regain.

By 2002, Jeffrey moved to Pennsylvania where they joined NutriSystem, Inc., quickly becoming absorbed into the Research and Development Department. Tasked with leading a myriad R&D projects such as food sodium reduction, food fortification with omega-3 fatty acids, as well as establishing clinical testing to substantiate medical claims, he was instrumental in the company’s success via strongly linking the product line with science-based proof of efficacy.

Leaving NutriSystem in 2009, Jeffrey sought continuing education and experiences by becoming a licensed and certified personal trainer, group fitness instructor and yoga practitioner. Thanks to his openness in his own personal health journey, Jeffrey connected with hundreds in the Philadelphia Metro area, as well as New Jersey, Delaware, Maryland, and Ohio teaching fitness masterclasses and helping people understand that their health is so much more than just “what they weigh.” And truly what made Jeffrey stand apart from so many in the field was the overt focus on lifestyle choices, combined with a strong practice of self-love and forgiveness in a world that’s stigmatized and demeaned larger-bodied people for just being larger.

Today, Jeffrey still resides in Pennsylvania, now with his husband of over 15 years (having known one another since teenagers) and their wonderfully rambunctious preschool-aged twins.