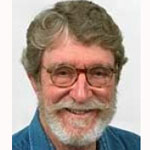 After earning an education at the U of Miami (BS) and Tulane University Medical School (MD), and attending an internship at Northwestern University’s Memorial Hospital, Blackburn established clinics in rural Oriente Province, Cuba under the missions program of the Methodist Church. Following a residency at the American Hospital of Paris,  he was the Medical Officer in Charge of the U.S. Public Health Service role in the Displaced Persons Act for Austria and Southern Germany for three years. After an Internal Medicine residency at the U. of Minnesota (MS), in 1956, he joined the faculty of the Laboratory of Physiological Hygiene (LPH) in the School of Public Health, University of Minnesota, where he developed cardiovascular survey methods for the Seven Countries Study (SCS) and, with Geoffrey Rose, for the World Health Organization.

For 15 years he was Project Officer for the SCS and in 1972, on Ancel Keys’s retirement, he became Director of the LPH and merged it with the Division of Epidemiology, from which he led national and Minnesota trials, community surveillance studies and prevention programs. In an active emeritus role, he serves on the Editorial Group of the SCS and  on the historical archive and website of CVD prevention and epidemiology in the Division of Epidemiology and Community Health of the U. of Minnesota School of Public Health.