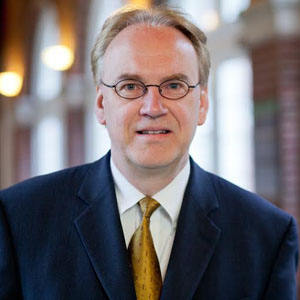 Greg Drescher is vice president of strategic initiatives and industry leadership at The Culinary Institute of America (CIA), where he oversees the college’s leadership initiatives for the foodservice industry, including conferences, invitational leadership retreats, digital media, academic and other strategic partnerships, and other initiatives. He is the creator of the college’s influential Worlds of Flavor International Conference & Festival (now in its 19th year); Healthy Kitchens, Healthy Lives and the Teaching Kitchen Collaborative presented in partnership with the Harvard T.H. Chan School of Public Health—Department of Nutrition; Healthy Menus R & D Collaborative; Healthy Kids Collaborative; as well as numerous other CIA “think tank” and change initiatives.

In 2013, also in partnership with Harvard Chan School, Mr. Drescher created Menus of Change, a national leadership initiative to foster innovation at the intersection of health and environmental issues, business imperatives, and culinary insight. The initiative’s Annual Report, developed in conjunction with the annual Menus of Change conference, takes a cross-sector look at the future of the $780 billion American foodservice industry and sets out a comprehensive set of Principles of Healthy, Sustainable Menus. Mr. Drescher recently designed a complementary initiative, the Menus of Change University Research Collaborative, co-presented by the CIA and Stanford University in association with 25 leading American colleges and universities.

In 2005, Mr. Drescher was inducted into the James Beard Foundation’s Who’s Who of Food & Beverage in America. In 2008, he was appointed by the President of the National Academy of Sciences’ Institute of Medicine to its “Committee on Strategies to Reduce Sodium Intake in the United States,” whose final report was published in 2010. Beginning in 1991, he jointly spearheaded a multi-year collaboration of some of the world’s leading health experts and organizations—including the Harvard T.H. Chan School of Public Health and the World Health Organization—in researching and authoring the “The Mediterranean Diet Pyramid: A Cultural Model for Healthy Eating.” The cumulative results of this initiative’s research were published in a special edition of the American Journal of Clinical Nutrition (1995), creating a strong platform for much of the academic, public policy, and media interest in the Mediterranean Diet that has followed.