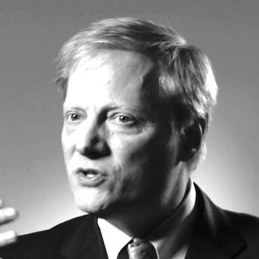 Brian Wansink, is Professor and Director of the famed Cornell University Food and Brand Lab, where he is a leading expert in changing eating behavior – both on individual level and on a mass scale — using principles of behavioral science. He is the author of Mindless Eating and Slim by Design (which have been translated into over 25 languages) as well as over 200 peer-reviewed journal articles. From 2007 until 2009 he was White House appointed as the USDA Executive Director in charge of the Dietary Guidelines for 2010 and the Food Guide Pyramid (MyPyramid.gov). He received his PhD from Stanford, and is a former bad open-mic comic and rock sax player. He lives with his wife and three girls in Ithaca, New York, where he enjoys both French food and French fries.

The Mission of the Cornell Food and Brand Lab is this: “We change how food is purchased, prepared, and consumed. Using new tools of behavioral science, we invent healthy eating solutions for consumers, companies, and communities. We invent, redesign, and empower.” We invent solutions for companies to help consumers eat healthier (100-calorie packs, new products, new positioning, new markets). On a mass scale we help redesign cafeterias, grocery stores, restaurants, homes, and workplaces to make it profitably easier for consumers to eat healthier. We empower consumers to make small changes that nudge their eating habits and health of their families. Each year we publish 20+ new ideas in academic journals, and we appear in media around the world.