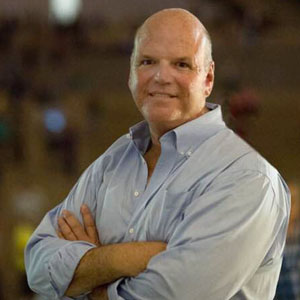 Bill Couzens is the founder of Next Generation Choices Foundation, also known as Lesscancer.org, a 501c3 public charity he established in 2004 to focus on cancer prevention.

Like so many that have been touched by cancer, he has lost family members and close friends to the disease. Feeling the need to become involved, he was a co-founder of a fund that provided free mammograms. Five years later, he realized this effort was not enough. Couzens set the goal to go beyond the medical model of ‘break-and-fix’, noting, “We live in a time when cancer has become so commonplace that the news of new cases seems almost expected. Today, we have more cancer not less, with even some sharp increases in pediatric blood and brain cancers.”

The focus had to change to establishing best practices, creating public information and education campaigns, and promoting new government policy at every level.  Couzens is  pioneer on the national landscape in helping to shape public health policy.

While Couzens understands the need to support cancer patients in the early diagnosis and treatment phase, his prerogative has been the need to mainstream the idea of reducing incidences of cancer.

“We are advocating for a greater understanding on how to stop cancer before it starts,” says Couzens. “We want community leaders including lawmakers to make less incidences of cancer a priority. We must reach for the highest goal of ‘Less Cancer’, which means stopping cancer in the first place, not just more advances in treatment of the disease when it arrives.”

Couzens founded National Cancer Prevention Day, recognized each year on February 4, which serves to look at preventing and reducing risks for human health and the environment. The Congressional resolution, first introduced in the House of Representatives in 2012, and again in 2013 and 2014, states that when we work to prevent cancer risks, it impacts human health, the environment, and the economy.

Among other school and university affiliations, a new initiative involves LessCancer.org partnering with the Bloomberg School of Health at Johns Hopkins University in a social media campaign “#9minutemeal” for National Cancer Prevention Day, to create dialogue about how easy it actually is to have a more healthy diet.

Couzens speaks and writes regularly about his core issues for The Huffington Post and other publications. He is a graduate of Wayne State University in Detroit, Michigan.