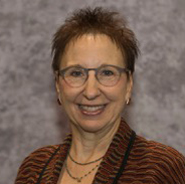 Dr. Moore is president and CEO of Shape Up America!, a national campaign to raise awareness of obesity as a health issue founded by the 13th U.S. Surgeon General C. Everett Koop in 1994. Shape Up America! provides responsible information on obesity and weight management to the public and other audiences. Considered a leading authority on obesity, Dr. Moore served on the Committee on Prevention of Obesity in Children and Youth that produced the landmark 2005 Institute of Medicine (IOM) report: Preventing Childhood Obesity: Health in the Balance. She had previously served on the IOM Subcommittee on Military Weight Management that produced the report, Weight Management: State of the Science and Opportunities for Military Programs, in 2003.

Before joining Shape Up America! in 1995, Dr. Moore served at the National Institutes of Health, (NIH – NIDDK) in the Division of Nutrition Research Coordination. Under the Clinton administration, Dr. Moore joined the Executive Office of the President in the Office of Science and Technology Policy (OSTP) where she was involved in domestic and international science policy formation. Her earlier private sector experience includes serving 4 years as the chief nutritionist and head of program development for Weight Watchers International, and a member of the technical development team for the food company, HJ Heinz.

Moore earned her Ph.D. in nutritional sciences from Columbia University. Her postdoctoral training in nutrition and physiology was at the University of California at Davis. She was appointed Henry Rutgers Fellow at Rutgers University, Department of Nutritional Sciences. She holds a B.A. in philosophy from Skidmore College. In 2013 she was elected Fellow of The Obesity Society (FTOS).