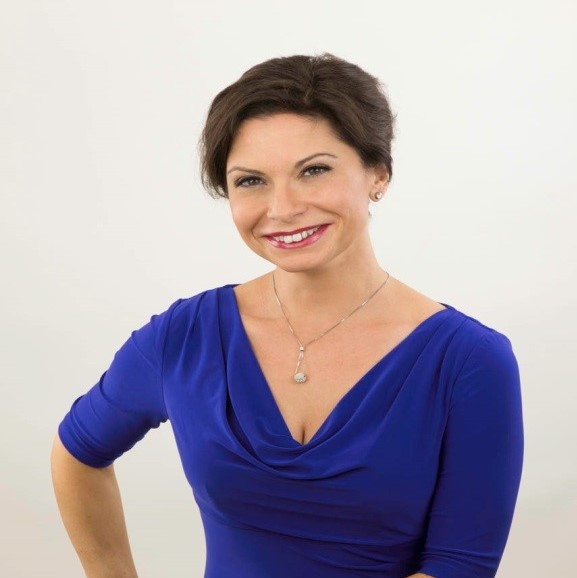 As an award – winning, best-selling, author, chef, television personality, and educator, Amy Riolo is one of the world’s foremost authorities on culinary culture. She is known for sharing history, culture, and nutrition through global cuisine as well as simplifying recipes for the home cook. A graduate of Cornell University, Amy is considered a culinary thought leader who enjoys changing the way we think about food and the people who create it. Amy is a food historian, culinary anthropologist and Mediterranean Diet advocate who makes frequent appearances on numerous television and radio programs both in the United States and abroad, including Fox TV, ABC, CBS, NBC, The Hallmark Channel, Nile TV, The Travel Channel, Martha Stewart Living Radio, and Abu Dhabi Television.  She also created and appeared weekly in ninety second cooking videos entitled “Culture of Cuisine” which air on nationally syndicated news shows on 28 different channels across the United States, totaling a reach of over 300 million people.  One of her videos reached a record of four million hits.

Amy’s seventh book, The Italian Diabetes Cookbook was released on January 12, 2016 and was the #1 New Release on Amazon.com. In April 2015 she released The Ultimate Mediterranean Diet Cookbook which earned multiple 5 star reviews on Examiner.com and Amazon as well as many other positive endorsements. Her third book, The Mediterranean Diabetes Cookbook, (American Diabetes Association) was released in March 2010, received a starred PW review, won the 2011 Nautilus Book Award and was named “Best. Diabetes. Cookbook. Ever. “ by DiabetesMine.com. Amy’s second book Nile Style; Egyptian Cuisine and Culture (Hippocrene Books) won the World Gourmand Award for “Best Arab Cuisine Book” in the United States and was just released in a second edition. Her first book, Arabian Delights; Recipes & Princely Entertaining Ideas from the Arabian Peninsula was chosen as one of the “16 Volumes Worth Staining” by the Washington Post (Capital Books, 2007).